Here's what houses are going for in your neighborhood
Your Neighborhood Report provides you with the most relevent market data for your real estate journey. Receive email updates that include accurate, real-time statistics that help inform your decision making.
How often would you like to receive your report?

Though the county seat for Iowa’s Clinton County now resides in the city with the same name, that position was held by the town of DeWitt from 1841 to 1869. Despite the change in designation, DeWitt’s place in both county and state history has never been in doubt. Founded in 1836, the city’s original name was Vandenburg but was later changed to DeWitt to honor DeWitt Clinton, an early American politician who served as a United States Senator, Mayor of New York City and the sixth Governor of New York.

What started as a sleepy little hamlet would soon explode with expansion in the mid-1800s with the introduction of rail. People from all over would flock to DeWitt thanks to the Chicago, Iowa & Nebraska Railroad, a line now known as Union Pacific. Shortly after, DeWitt became thought of as a place where business-minded professionals could thrive. The city had a thriving industry with an assortment of hotels, markets, shops, and independent services.

Though neighboring towns and cities throughout the Midwest swelled to hundreds of thousands in population, DeWitt has been lucky enough to keep its numbers low and the quaint charm it’s always held. Despite its smaller size, city leaders remain committed to adding new recreational, cultural and educational opportunities, along with jobs and the relocation of employers.

The city is especially proud of the growth in its park system, which comprises an extensive network of green spaces and trails, and its popular and historic library.

One of the favorite sayings among city leaders is, “look local first.” And when you look around DeWitt, there’s plenty to see and do.

If arts and culture is your thing, make sure you take in a show at the Central DeWitt Performing Arts Center. This state-of-the-art venue has seating for up to 800 and has a regular schedule of plays, musicals, recitals, comedy shows, dancers, speakers and more. There’s also the Operahouse Theatre, an institution that early settlers originally constructed in 1878. Today, the theatre offers box office movies, art gallery exhibits, and other exciting displays.

For the history buff, the Central Community Historical Museum has permanent and rotating visuals that tell the town’s tale from the beginning. With artifacts and exhibits covering more than 150 years of history, guests can actually learn about yesteryear throughout the Midwest. There’s also the DeWitt Area Veterans Memorial, which honors those from DeWitt and surrounding areas who served in the military. For a taste of some international history, be sure to visit the German Hausbarn Museum. The building itself was built in Germany in 1727 and was dismantled in 2007 and reassembled in DeWitt the following year.

Looking to get a little fresh air? Hit up Westbrook Park, which has everything from horseshoe courts to an 18-hole disc golf course to baseball and softball diamonds. For some seclusion and serenity, take a pass down the foot trails in the park’s natural timber area. A multipurpose trail also runs through the park, which is perfect for walkers, joggers and those on bikes.

On those steamy summer days, the DeWitt Aquatic Center is a sparkling facility with a zero-depth entry for younger kids and water slides for those that are more adventurous.

After spending the day outside, what better way to recharge than with a glass of wine at the TYCOGA Vineyard & Winery? This newer attraction has a tasting room with local wines, a retail store and wood-fired pizza on the weekends. The venue is also great for events like weddings, birthday parties, and bachelorette bashes.

Since its inception, DeWitt has always been a community that welcomes new businesses and industrious people. As a reflection of that commitment, there are three different groups locally that all aim to stimulate economic development: DeWitt Chamber & Development Company, East Central Intergovernmental Agency, and the Iowa Economic Development Authority.

There are more than 1,200 farms throughout Clinton County, with agriculture producing $524 million in wages, so it’s safe to say that farming plays a significant role in DeWitt. Manufacturing is another key economic driver with the city playing home to 15 different manufacturers that employ nearly 1,000 people. Many of these companies take advantage of a Tax Increment Financing Program that helps to encourage growth in DeWitt.

Besides being just a great place to work, DeWitt is a great place to live. Genesis Medical Center – DeWitt has received recognition as one of the nation’s “Top 20 Hospitals for Quality of Care.” That level of expertise and care means locals are able to receive top-notch treatment without having to go far from home, which is unusual for a community of DeWitt’s size.

The city is served by two U.S. Highways (30 and 61), which have locals and visitors traveling around the south and west sides of DeWitt in order to get to other parts of Iowa and the Midwest. There are a number of small municipal airports within close proximity of DeWitt, but large international airports in Chicago and Des Moines are also within a few hours’ drive of the city.

Children that are school-aged and in a public school will attend one in the Central Community School District. A private school, St. Joseph Catholic School has a 150-year history of offering excellent education rooted in faith. For those that are interested in additional, more advanced schooling, there are more than 60 post-secondary institutions within a 90-mile radius of DeWitt.

For more information on property values in your neighborhood, reach out today! 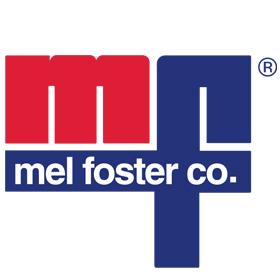 For more information on property values in your neighborhood, reach out today!